Earth Day 2021 is something that we, at Bolt Talent Solutions and Bolt Home Mauritius, hold very close to our hearts.

The 2021 Earth Day theme of “Restore Our Earth” looks at the green technologies that are emerging, natural processes, and the extremely innovative thinking that can contribute towards the restoration of the world’s ecosystems.

At Bolt Talent Solutions & Bolt Home Mauritius we are eager to make a difference. Restoration of the Earth, our environment and education thereof is something we hold dearly to our hearts. We value #bettertogether and believe that as far apart as we are spread across the globe, that together we can make a difference!

About Earth Day and the Earthday.org Movement

“Earthday.org urged everyone to participate in the movement, adding that the focus should be on a global push for climate literacy, so the leaders of tomorrow can prepare solutions today. The year, the activities have been divided over three days, beginning on 20 April. It says on 21 April, Education International, with 32 million educators, will lead the “Teach for the Planet: Global Education Summit”. The virtual summit, in multiple languages, will focus on the significant role of educators in combating climate change and why the world needs transformative climate education now”.

As part of the event, shared by Earthday.org, are the various options of joining and being part of the movement. Because many of our team members are in strict nation-wide lockdown, we opted for a “Teach-in”. Creating awareness around Mauritius, Mauritian Climate Activism and the significance of Earth Day in Mauritius.

“A critical element of a teach-in event is for community members to decide on actions they can take to address the environmental issues impacting them. It is not enough for people to simply raise awareness. In order to secure a safe and healthy future we need bold, ambitious and long-lasting action from individuals, communities, businesses and governments at all levels”. Earthday.org

The significance of Earth Day in Mauritius

Mauritius has faced many challenges over the last year with the #MauritianOilSpill. The event illustrated the importance of the environment to the Mauritian Nation, and demonstrated their ability to work together in restoration of their environment. This, however, was not a single or temporary movement. Mauritians have always held the environment and preservation of the island’s natural beauty in the highest regard. The movement is ongoing and has created a lot of awareness throughout the world!

Recently, Mauritius overtook the Seychelles in being ranked the most developed African country! The criteria that shifted pushed Mauritius into first place was that of their environmental contribution. The factor contributing to their ranking included “Human Progress in Consideration of Carbon Dioxide Emissions – “The Country’s Carbon Footprint””.

An interesting article, How Locals on Mauritius United To Fight an Oil Spill With Their Own Hair, portrays the extent to which the nation will innovate and drive for their environment. 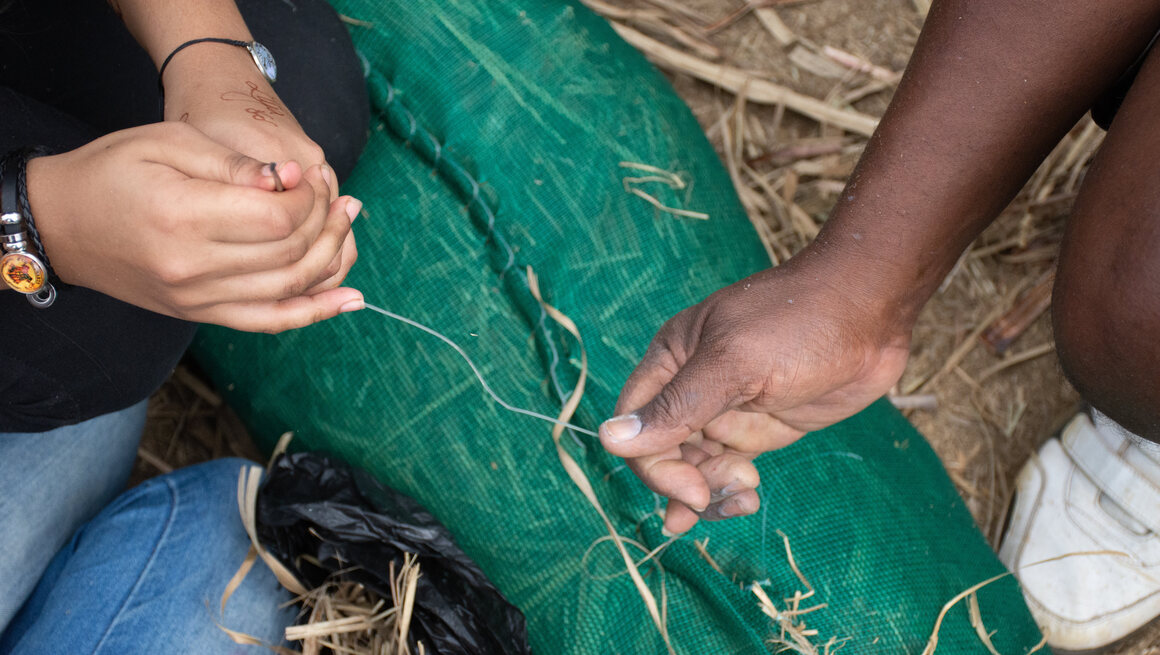 “The volunteers sacrificed more than time. The long-term effects of the spill remain unknown, but many of those making or deploying booms reported a range of health problems. “During the cleanup some people wore their personal protective gear, but I, like many others who did not, started getting coughs, nausea, and headaches,” says Sandooyea. Orange adds that, for the first few weeks after the spill, “I suffered from nosebleeds and faintness. Now when I go into the lagoon, I still get skin eruptions all over my body.” The oil spill also laid bare the precarious economic position of those whose livelihoods depend on the sea”. 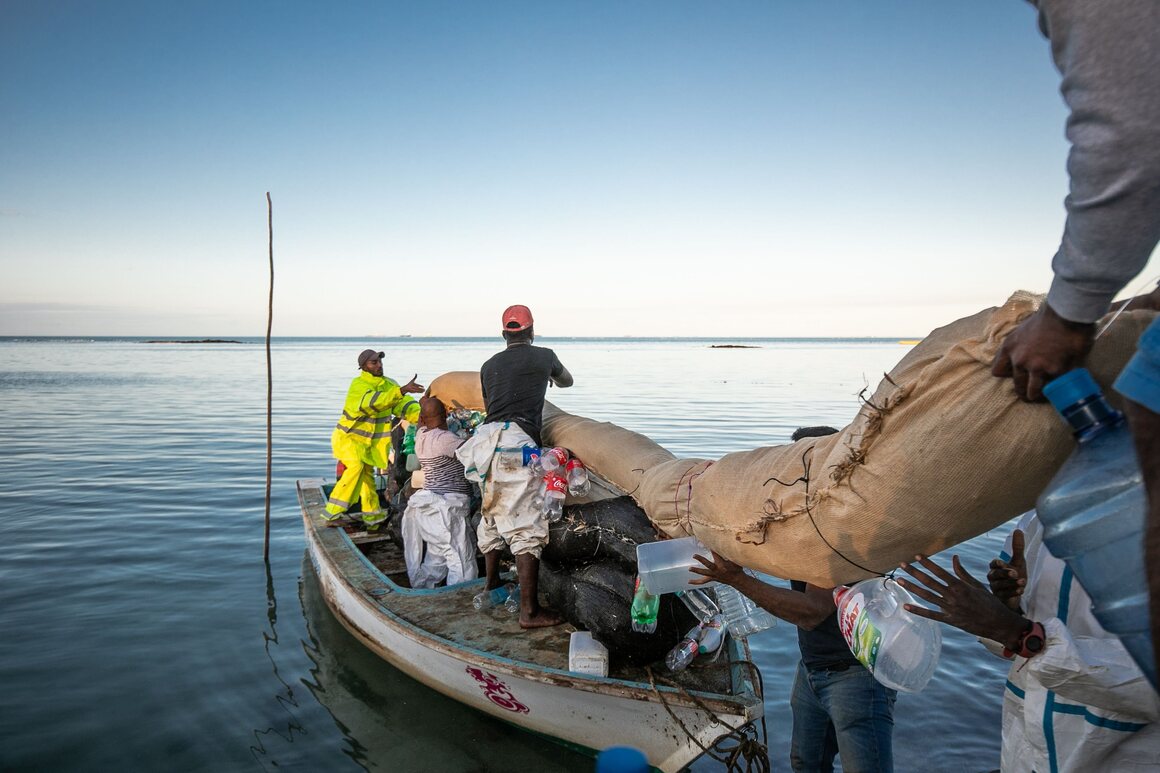 Mauritian Fisherman as well as volunteers

Fishermen and other volunteers with boats deployed handmade booms around Mahebourg’s lagoon and other affected areas, removing 75 percent of the spilled oil by mid-September.

Another amazing movement is the recent “Youth strike for Climate”. 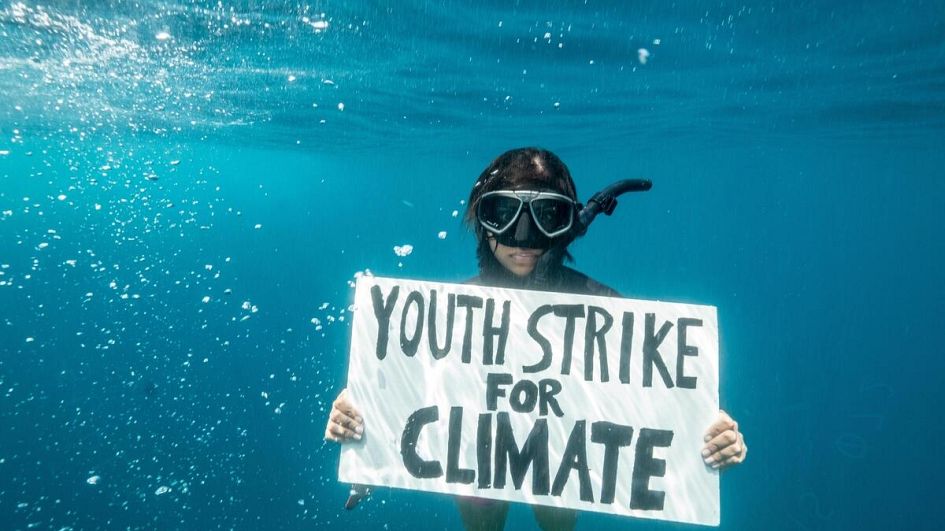 Scientist and climate change activist, Shaama Sandooyea, floated in the water at Saya de Malha Bank, a site 735km off the coast of the Seychelles home to vast seagrass meadows. In a remote stretch of the western Indian Ocean, the 24-year-old Mauritian marine scientist donned a snorkel and dive below the choppy waves to float in protest above the world’s largest seagrass meadow. 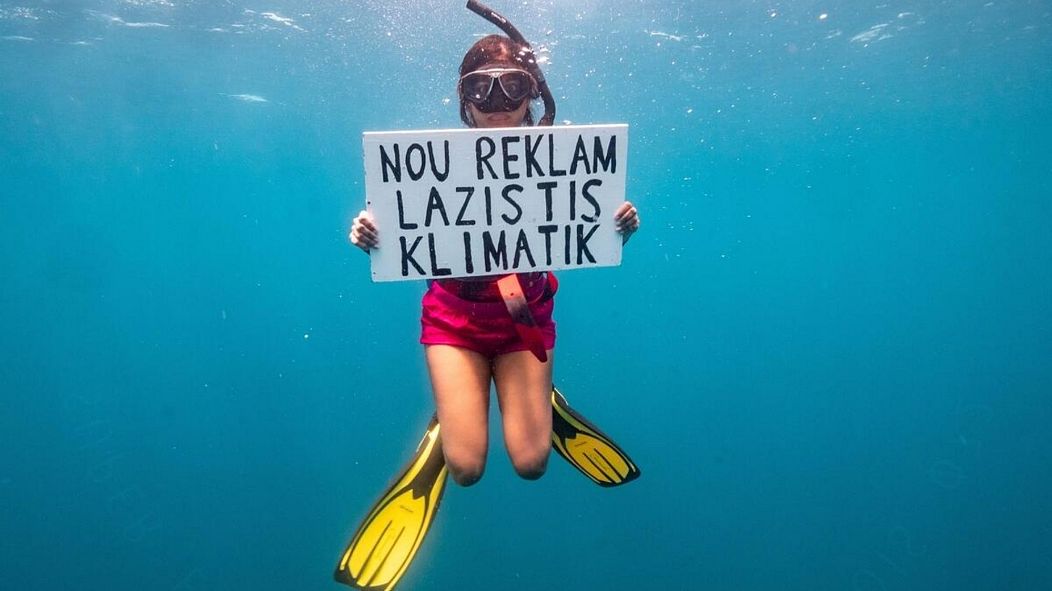 She says she felt compelled to become an activist from a young age after seeing how vulnerable this stretch of ocean was to climate change and witnessing incidents like the recent oil spill in the area.

“Due to bottom trawling and other human factors, these vital marine habitats are being lost at an alarming rate. Around 92 per cent of the UK’s seagrass has been lost and meadows around the world are shrinking. The campaigners are aiming to draw attention to the UN’s goal of ensuring countries work together to protect at least 30 per cent of the planet’s land and oceans by 2030”.

As a global team

What can we do to make a difference from HOME for Earth Day 2021?

Even as you stay home and maintain social distancing, you can still exercise your responsibility to act for the environment. No matter where you are, you can make a difference!

Earth Day and Restoration of the Earth is something that needs to be ongoing. #EarthDayEveryday is the initiative to be continuously active in consciously creating a better Earth, ridding ourselves of bad habits and being more educated in the space.

We, at Bolt Talent Solutions, have individual pledges to transform the Earth long-term.

Join this  Virtual Earth Day Celebration if you are interested in learning more about Earth Day!

What will you be doing to make a difference?